Google claims that its browser Google Chrome is able to isolate events that may crash a browser, isolated within those individual tabs. However, an issue exists with how Google Chrome handles undefined handlers in chrome.dll version 0.2.149.27 which is the latest version of the browser. A crash can result without any user interaction.

When a user visits a malicious link which has an undefined handler and followed by a special character, the browser crashes. You can also crash the browser by typing the characters :% in the Chrome URL bar. Google Chrome crashes with a message ” Whoa! Google Chrome has crashed. Restart now?” 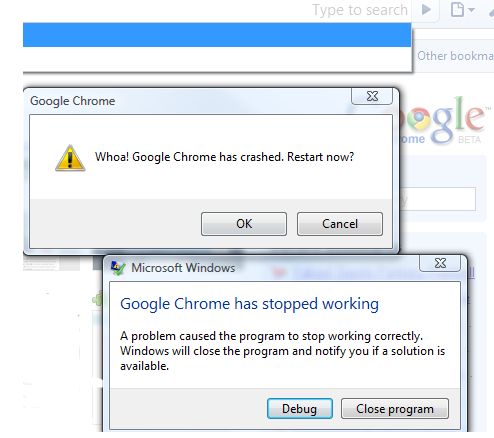 Google Chrome crashes with all Tabs

According to SecuriTeam, it crashes on “int3” at 0x01002FF3 as an exception/trap, followed by “POP EBP” instruction when pointed out by the EIP register at 0x01002FF4

UPDATE (9/7/2008): Google has patched this vulnerability in Chrome. They released an update to the browser. Please make sure you update your current version to 0.2.149.29 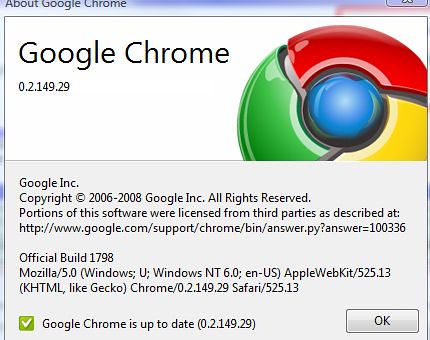